this article was first published in openDemocracy

The UK referendum on membership of the European Union will take place on one day – June 23 – in voting booths across the UK, and with a certain number of postal votes from UK citizens abroad being counted.

But to understand the meaning and significance of the referendum, as well as to predict its likely effects, it is of course necessary to look at a longer time frame, and a wider geographical scope.

For those of us interested in battling for a fairer, more welcoming, more democratic Europe (whatever institutional form that may take), only by situating the referendum in a broader context than immediate and local political concerns can a durable strategy be developed. This is particularly the case where so much of the terms of debate (and indeed the options on the referendum paper itself) have been determined by conservative or reactionary forces.

It is striking that attempts to historically contextualize European political decisions, particularly those taken by the people through referenda, often take the form of ‘epochal’ narratives, and often with rather catastrophic outcomes envisaged. This is no doubt partly a heritage from Europe’s tumultuous history, as well as an element of the fear of the masses amongst the elites (who are usually those publicly making the predictions).

If not themselves catastrophic, it is nevertheless the case that the UK referendum potentially has momentous implications in the case of a vote to leave.

Firstly and most obviously for the future of the United Kingdom itself, where the independence of Scotland would become much more likely, relations between Northern Ireland and the Republic of Ireland would be thrown into question, and Wales may express greater demands for autonomy.

Secondly, a UK ‘out’ vote could embolden forces across the continent that want to hold their own referenda on leaving the EU, and so start a spiral of disintegration of the Union, and with that a can of worms of historical conflicts would be potentially reopened. It would also have serious implications for the economic wellbeing of people in Britain and their rights, and throw into question the status of EU citizens living in the UK, and UK citizens living abroad.

Without wanting to underplay the importance of the referendum, two starting points of a less alarmist approach to situating its meaning in a longer stretch of time and space are perhaps the following: to acknowledge that the referendum is not itself going to ‘settle once and for all’ the UK’s relationship with the European Union no matter which way the vote goes, and to see the demand for a referendum itself as part of continent-wide trends.

Clearly in the case of a vote to leave, a long period of legal and political negotiation will open to establish exactly the relationship of the UK to the European Union, and no existing model of that relationship (whether Norway, Switzerland or indeed Greenland which voted to leave in 1985) is a very close precedent. What is striking is that many of those calling for a ‘leave’ vote express themselves in terms of a particular vision of what Europe should be: most prominent is the idea it should be a free and common market.

This is often held up as ‘what the British people agreed to join in 1975’ (when the EU was the European Economic Community), and which has considerably evolved over time (of course, with the agreement of the UK at each stage, but that is conveniently forgotten).

Peculiarly implied in this view is the idea (which many call ‘neoliberal’ but which has been one strand of liberalism since the eighteenth century) that the economy is a sphere apart from politics, from which it should be largely autonomous. This idea, (or should we say ‘pretense’), is with some justification often associated with Britain and its long-term commitment to ‘free trade’, but ideologues of this brand have always been on offer throughout the European continent, and have arguably been in the ascendancy in the last two decades earning the moniker of ‘neoliberal’.

Some of these people across Europe are likely cheering on the ‘leave’ side of the referendum in the UK not in the name of British national sovereignty (the sovereignty to leave the market alone is a peculiar form of self-determination), but in the name of trying to make Europe even more a space of market logic.

This idea of Europe as a free market, independent of politics, is also strongly present on the ‘remain’ side of the argument, and is one of the points included in the agreement David Cameron forged with the European Council as part of the ‘renegotiated relationship’, with its insistence of reinforcing the dimension of ‘competitiveness’.

Passed through the political negotiation process of the Council, the ‘British’ attachment to free markets is partly contained and counterbalanced (strangelyre-nationalised) by the commitment that Britain will not stand in the way of obstruct further political integration amongst Eurozone countries where that is driven by market imperatives (such as solving the debt-crisis). 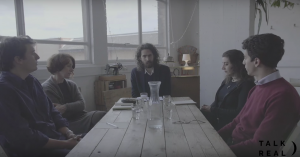 Such an arrangement has led some to say that the British renegotiation opens an era of a two-speed Europe. Some, in favour of greater political union, see this as a reason to celebrate, and some as a reason for miscontent.

More likely, it seems to me, is that in the case of a ‘remain’ vote, the British will continue to do all they can to have the advantages of European integration with a minimum of the costs, in doing this they will continue to find allies with common interests at specific moments, and will in general endeavor to ensure no hegemonic bloc across Europe, whether financial or political, develops.

Nothing in the agreements seems strong enough to stop this from happening with some efficacy. That is all to say that British policy when it comes to Europe will continue with many of the same objectives as over the last 500 years. We might also point out, as hypocritical as this British role has been when it is put in comparison with its own imperial relations, that it has been at times a salutary and liberating one, and that perhaps the European imagination of what ‘political union’ means can find elements in this history to learn from as well as condemn.

Another of the ideas present on both sides of the referendum is the idea of Europe as a fortress: the ‘leave’ side trumpets the ‘restoration of control over our borders’, and the ‘stay’ side argues British security is increased by collaboration with European partners. ‘Europe’ as such does not disappear in either vision: for those who advocate leaving, there is no pretense that British control over its borders will stop migrants moving, just that ‘Europe’ will usefully serve as a holding ground whilst the British sovereign decides in all leisure whom to accord a right of entry and to whom not.

Ironically, this vision of Europe has parallels across the continent, and this ‘Europe’ is moving further and further East: Europa’s birthplace in Greece has been seen as this holding ground (Hungary or Austria ‘defending’ themselves by relying on migrants being stuck in Greece, for example), and now there are attempts to make this holding ground Turkey.

One of Immanuel Kant’s strongest arguments for cosmopolitan perpetual peace and universal hospitality was that at some point humanity will realize the earth is finite and round, so there is only so much space. At the moment there seems to be a common European attempt to stretch space, and at the British end that means pushing against a continental landmass, for others on the continent it means trying to enlarge the Bosphorus Strait. Both attempts are destined to fail.

Clearly these popular votes are in part a demand for greater democratic say over the direction of the European Union, and in each of them a distrust or dissatisfaction with political and economic elites – with which the European project is easily identified – is expressed.

Since we all understand that referenda touching on Europe have affects well beyond national citizens, we could wonder: would pan-European referenda be a better way of ensuring popular involvement in European decision-making? In the current context of disintegration it is by no means sure that such continental wide votes would enjoy public legitimacy and not contribute to further set countries against each other, that even if the political will were there to enable such votes (which it surely is not).

This suggests that there is no quick-fix to Europe’s democracy problem (even if more participatory forms than elections are surely some part of the answer). The serious and underlying issue is to find a constitutional form for Europe which answers to what citizens demand in terms of democracy, and those demands are stronger and stronger in terms of rights, protections, transparency and an ability to participate in decisions.

Finding answers to these questions cannot come ‘from above’, from below, or from the ivory tower or from outside of Europe uniquely. It will require a mix of a grassroots movement, across the continent and beyond it, politicians in touch with and in dialogue with the people they represent, and intellectuals, artists, journalists and others who take responsibility for drawing out continental parallels and ensuring translation between different conversations and traditions, and who ensure a profound civic learning amongst the population on what is possible, what is under construction and what is under threat at each stage of the European project as it moves forward.

The UK referendum debate so far has been mostly bluster, but a few glimmers of real debate have already started shining through. This debate must continue after the referendum, and given the UK’s important symbolic and communicative role in Europe, the opening of this real discussion could be a major contribution to the European project.